In late 2012, a British citizen of the county of Surrey (England), David Martin, found, by chance, the skeleton of a dead pigeon on the chimney of his house while he was cleaning it in depth. The pigeon carried tied at his leg a small capsule which contained a small paper containing an encrypted message. 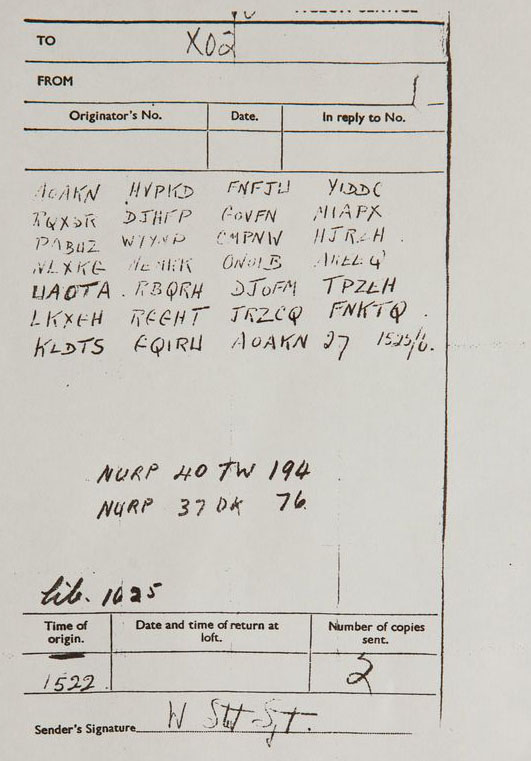 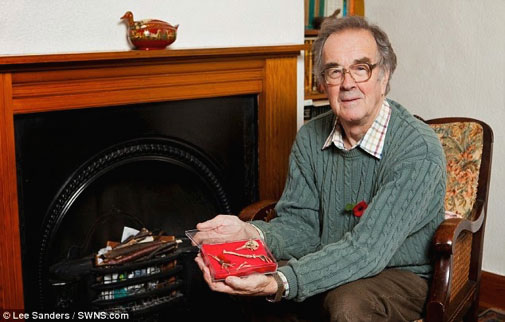 It is suspected that the message the pigeon carried corresponds to the dates of the Normandy Landings, because the soldier who sent the message died at that time (over 70 years ago). Also during D-Day, Churchill ordered the radio silence, so pigeons were used in many of the messages sent from behind enemy lines to the center of decryption at Bletchley Park where the famous Alan Turing worked, about his life the recent movie was filmed "The Imitation Game" and he was the main architect of the decryption of the ENIGMA Nazi codes machine. 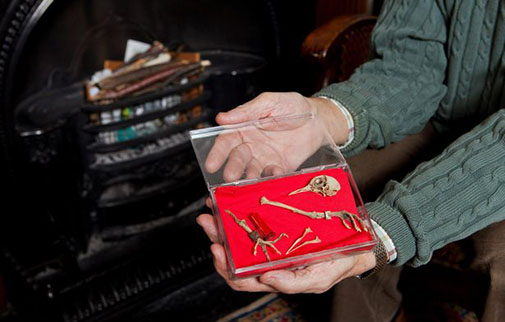 Few days later, a retired Canadian, announced to all media that he had solved the question in just 17 minutes, publishing a text, with a supposed solution:

However, the British intelligence service, immediately denied that the code was cracked. The proposed text not only made no sense, also the translation of a text of 135 letters, became more than 800:

http://www.independent.co.uk/news/uk/home-news/expert-dismisses-claims-wwii-pigeon-code-has-been-cracked-8431463.html
To date, the code has still not been deciphered, as evidenced by the email we received from the Government Communications Headquarters (General Government Communications Headquarters), better known as GCHQ, one of the three intelligence services of the United Kingdom : 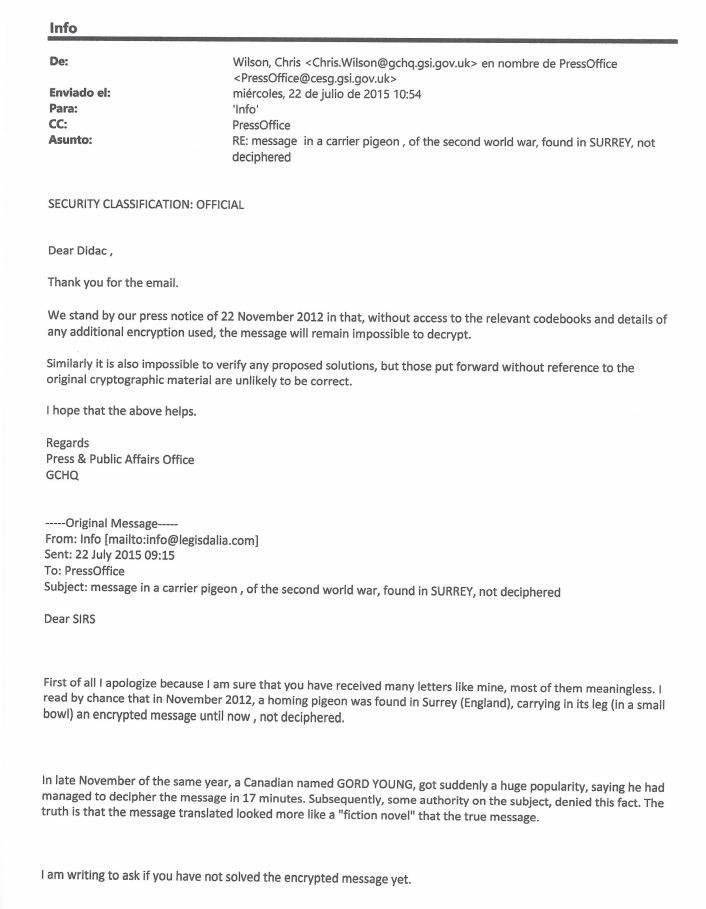